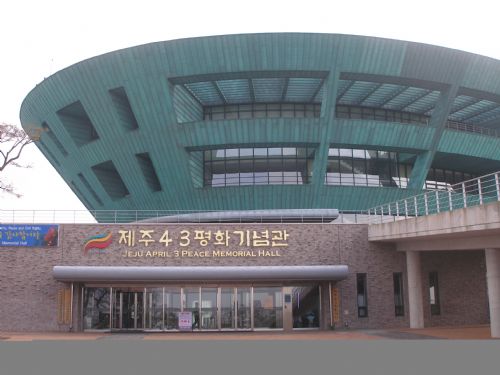 Jeju April 3d Peace Park is a memorial and a burial place and for many victims of the fighting and massacres at the island Jeju during the Korean War.


From Wikipedia about the Jeju Uprising

The Jeju Uprising (or the Jeju Massacre) was a revolt on Jeju island off the south coast of the Korean Peninsula, beginning on April 3, 1948. Between 14,000 and 60,000 individuals were killed in fighting between various factions on the island or were executed. The brutal suppression of this rebellion by the South Korean army resulted in many deaths, the destruction of many villages on the island, and more rebellions on the Korean mainland. The rebellion, which included the mutiny of several hundred members of the South Korean 11th Constabulary Regiment, lasted until May 1949, although small isolated pockets of fighting continued into September 21, 1954.

Many more images of the memorial park at Flickr