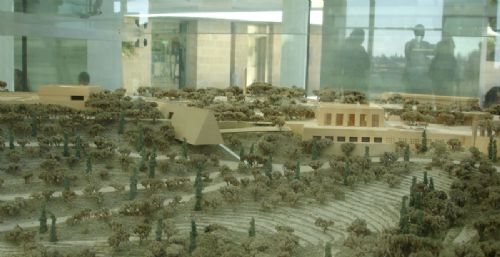 Model of Yad Vashem in the lobby
License: © | By: Jon Brunberg | | enlarge 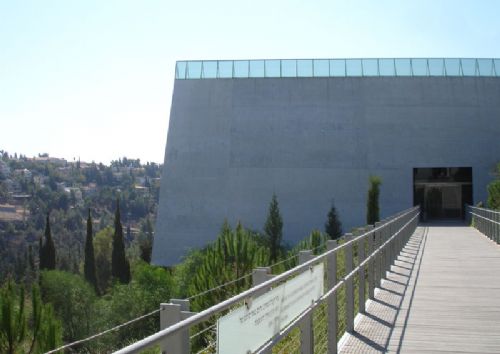 Entry to the exhibition.
License: © | By: Jon Brunberg | | enlarge 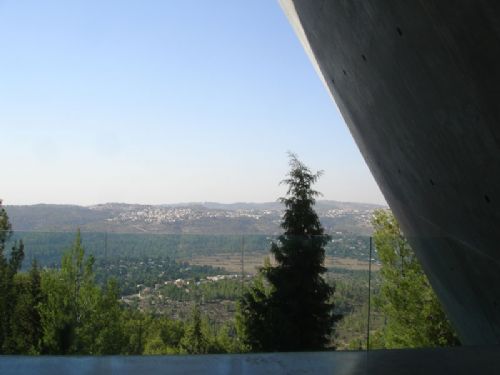 View over the valley after the exhibition's exit point.
License: © | By: Jon Brunberg | | enlarge 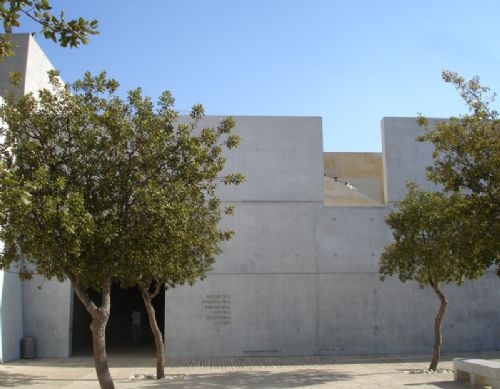 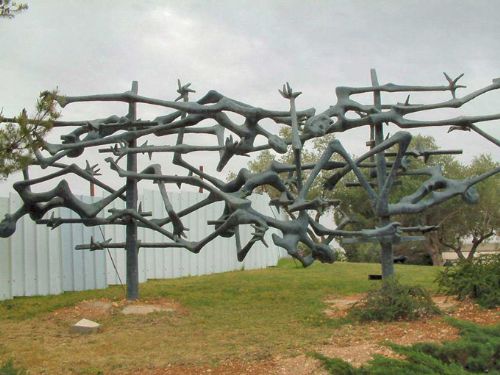 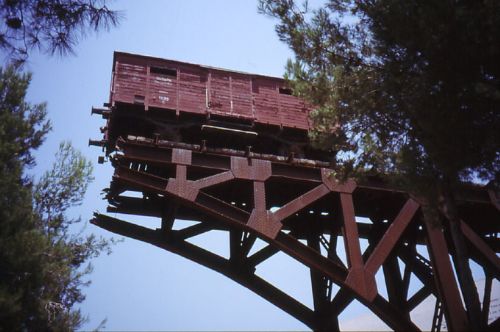 The origin of the name is from a Biblical verse: "And to them will I give in my house and within my walls a memorial and a name ... that shall not be cut off." (Isaiah, chapter 56, verse 5) In Hebrew "A memorial and a name" = yad vashem.

Located in Jerusalem, it consists of a memorial chamber, a historical museum, an art gallery, a Hall of Names, an archive, the "Valley of the Destroyed Communities," and an educational centre. As well, non-Jews who saved Jews during the Holocaust, often at great personal risk, are honoured by Yad Vashem as the "Righteous Among the Nations".

Memorial:
preserve the memory and names of those who died during the Holocaust,
hold ceremonies of remembrance.

In 1993, the Yad Vashem institute decided to build a new, larger museum to replace the old, smaller museum, which was built during the 1960´s. This was in response to the construction of larger Holocaust museums in Washington D.C. and Europe. The new museum is the largest Holocaust museum in the world. It is carved into the mountain and designed to reflect the story of the European Jewish community during the Holocaust and their resurrection from the ashes in Israel. It consists of a long corridor with 10 exhibition halls, each dedicated to a different chapter of the Holocaust. The museum combines the personal stories of 90 Holocaust victims and survivors and presents in its exhibitions about 2500 personal items: artworks and letters from the Holocaust donated by survivors. The new museum also includes an auditorium, study hall, computerized data bank and memorial monuments of the six million Jews murdered during the Holocaust.

On March 15, 2005, the dedication of the new Yad Vashem Holocaust museum in Jerusalem, Israel took place. Leaders from 40 states and the Secretary General of the UN Kofi Annan attended the inauguration of Holocaust museum. President of Israel Moshe Katzav said that the new museum serves as "an important signpost to all of humankind, a signpost that warns how short the distance is between hatred and murder, between racism and genocide."