In early 2008 I was invited by the curators Marika Wachtmeister and Elna Svenle to present the Polynational War Memorial at Wanås Art, which is located on the estate of Wanås Castle in Southern Sweden. This cooperation resulted in the first full scale experiment of the Polynational War Memorial being created for the park of the estate. The video presented in connection with the article documents the process of creating this work.

Wanås Art is the organizer of an annual art exhibition of high international standard which has included works of renowned artists such as Louise Bourgeois, Jenny Holzer, Dan Graham and Maya Lin. The beautiful park and forest includes a large number of permanent site-specific sculptures that were created specifically for these exhibitions that were first organized over twenty years ago. There are also several exhibition spaces for temporary or permanent exhibitions that are run by Wanås Art.

The title of the 21st version of the Wanås exhibtion in 2008 was Loss and it focused on expressions for remembrance and memorials. One of the curators, Elna Svenle, wrote her introduction to the exhibition in the catalog: "The heart of the Wanås 2008 exhibition Loss is composed of works of art created to the memory of an actual event, but none of them can be labeled monuments in a traditional sense. The artists have shaped these alternative memorials without a commission from a country or a concerned organization. Thus they have been able to use materials and expressions suited to other places than public ones, choosing instead such forms as drawings, photographs, video, postal cards, silhouettes or text".

The exhibition included works of 17 artists. One of the centerpieces was the work "American servicemen and women who have died in Iraq and Afghanistan (but not including the wounded, nor the Iraqis nor the Afghanis)" by American artist Emily Prince which consisted of an entire wall filled with her small drawings of American soldiers. Another significant work was a huge clock by Esther Shalev-Gerz titled "Les Inséparables" which still hangs over the main entrance to Wanås exhibition space.

My proposal to Wanås was to make a full scale experiment of the Polynational War Memorial for the park. The three architecture projects had just been completed and I had made the first designs for a master plan for the memorial site. The park of Wanås had an ideal size that would fit the master plan perfectly. It was thus an outstanding opportunity to present the architecture in full scale in a way so that it would be possible to feel the extent of the memorial site in your body just by walking around in a fictionalized copy of it.

Being inspired by banners and information boards that can be found at construction sites, with 3D images or CAD-drawings of the architecture that is about to be built, I decided to create five such information boards that would include 3D imagery that showed what the scenery in front of them would look like if the memorial complex was to be built there. These boards would be installed in the park along existing pathways at spots that would be accessible and at the same time offer good vista points for the memorial complex.

To be able to complete this task I created a simple 3D model of the area from a topographic map and inserted my building complexes in it. Photographs were shot from the vista points and matched with the 3D model. Renderings from the model, informative texts and maps were used to create layouts that were printed with UV resistant ink on acrylic glass for maximal durability. These prints were then mounted on metal stands of welded steel which were erected at the vista points.

I also created a visitor map with a walking course to the five information stands. On several occasions during the exhibition period I gave one-hour-long guided tours following the the route, in which I presented the project and the architecture in detail.

The guiding created a synthesis between the existing landscape and the descriptions of my fictional place that I found to be very interesting. At many occasions I could for example use the height of the trees or distance to surrounding landmarks to enhance my narration. I also found that the healing qualities of the breathtakingly beautiful landscape added a dimension to my project.

The project was overall very well received even though a few visitors misinterpreted it as a proposal for an actual building project at the site, despite my efforts to inform visitors that my installation was not a suggestion that Wanås ought to be one of the locations where the complex should be built. It was rather an excellent opportunity, because of the theme of the exhibition and the scale and features of the park, to experience the unbuilt architecture for the project in full scale. The work was an experiment with space and scale while at the same time being informative. I was extremely happy with the result. 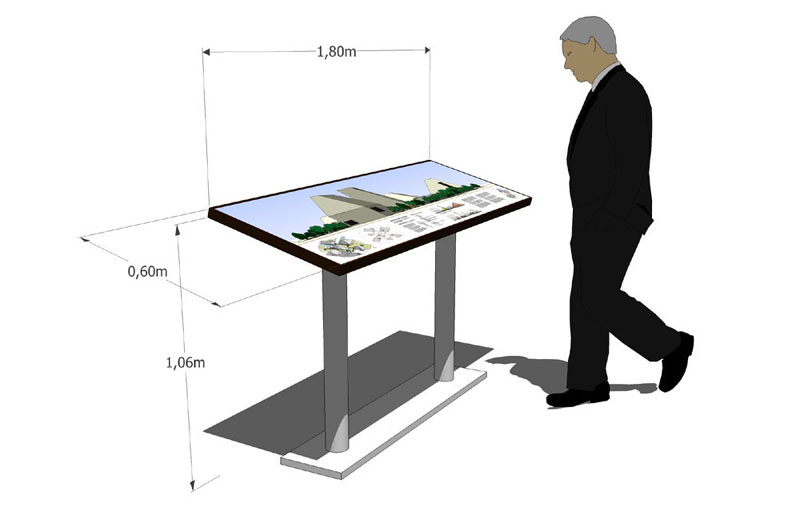 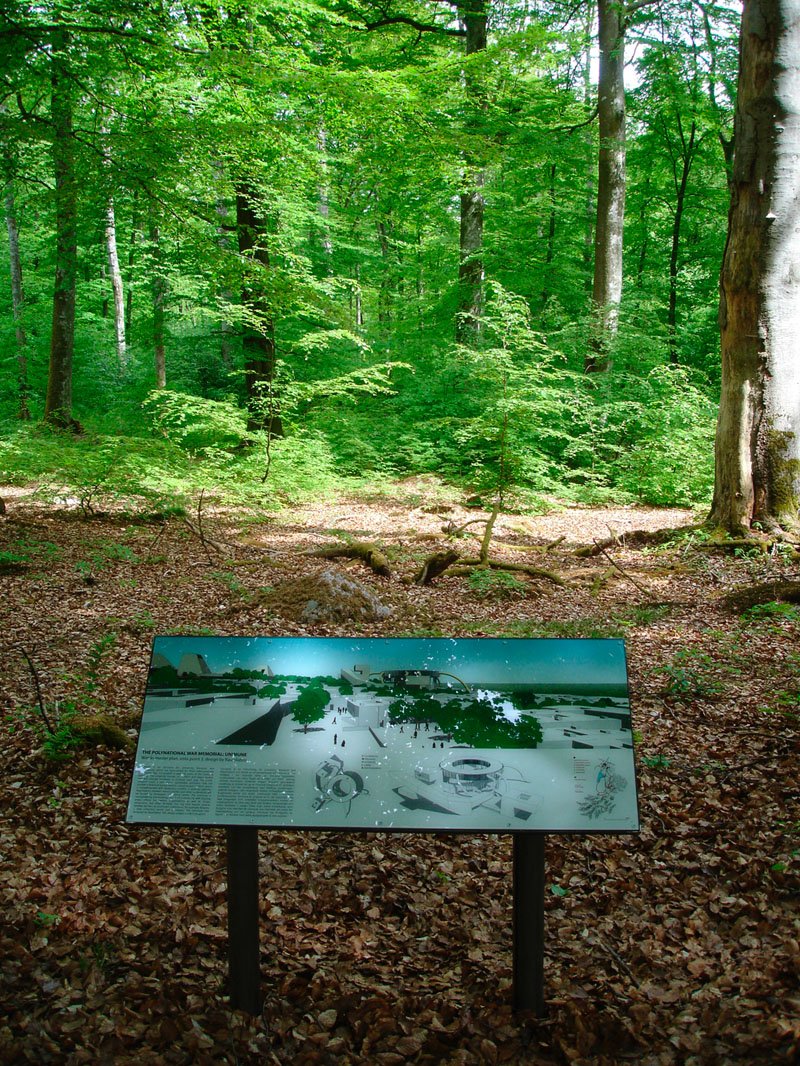 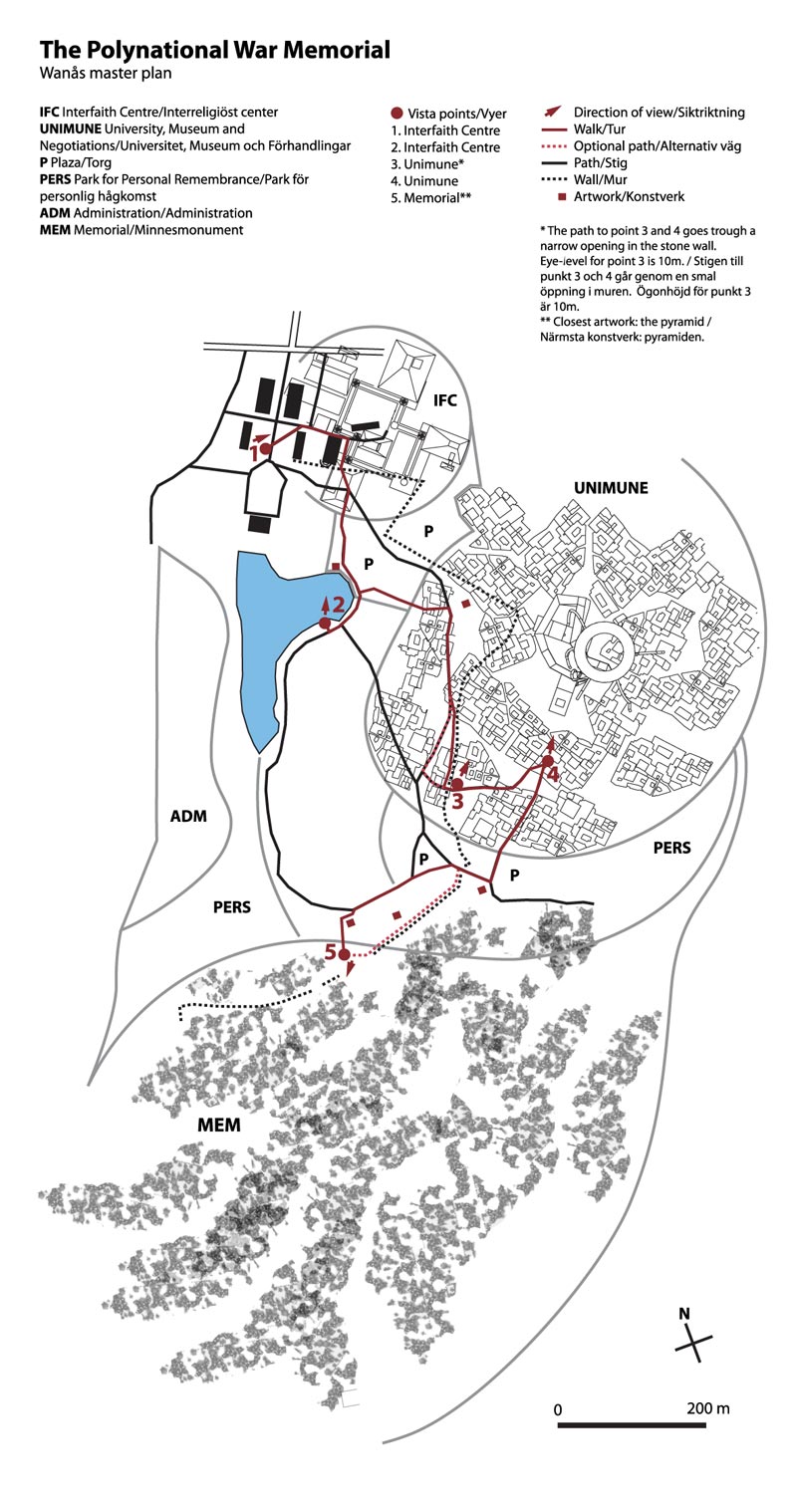 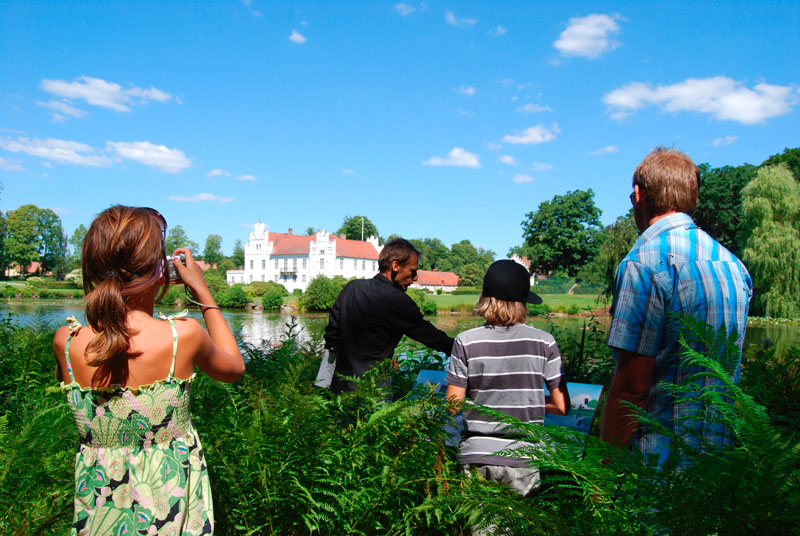