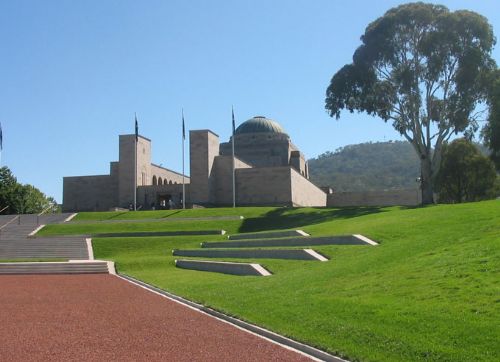 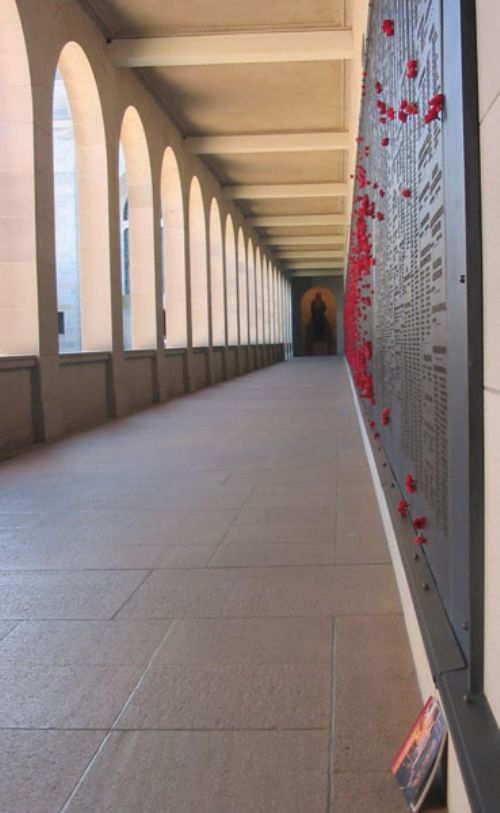 The Australian War Memorial is Australias national memorial to the members of all its armed forces and supporting organizations who have died in the wars of the modern state of Australia.
The Memorial is located in Australias capital, Canberra. It is the northern terminus of the citys ceremonial land axis, which stretches from Parliament House on Capital Hill along a line passing through the summit of the cone-shaped Mt Ainslie to the northeast. No continuous roadway links the two points, but there is a clear line of sight from the front balcony of Parliament House to the War Memorial, and from the front steps of the War Memorial back to Parliament House.
The Australian War Memorial consists of four major elements: ANZAC Parade, a commemorative area, a museum, and a sculpture garden. As of this writing the commemorative area and museum are open daily until 5PM, except on Christmas Day. The Parade and sculpture garden are open continuously.