OBRA ARCHITECTS was founded by Pablo Castro and Jennifer Lee in New York in 2000. The firm has completed many projects including the San Jose Veterans Memorial. In 2003 they were elected one of three winners in the competition for the Freedom Park memorial and museum complex at Salvokop Hill in Pretoria, South Africa. This museum and memorial complex will become South Africa´s main post-colonial monument, which will function as a commemorative site for the struggle against apartheid and a symbol for the new South African nation. It will also be a site for gatherings and religious cleansing ceremonies for the country´s many ethnical groups. In this interview, which was made by e-mail in October 2005, Pablo Castro explains the concept behind OBRA´s proposal and their view on the emotional aspects and the complex issue of remembrance that are immanent in the process of designing memorials relating to conflict.

What inspired you to take on the challenge of this particular competition to design the memorial complex on Salvokop Hill?

Besides the desire to involve our work in the worthy cause of honoring those who fought against oppression, we were most interested by the nature of the challenge at the heart of the project, namely that of turning memory into built form. Built memory of a kind that can introduce some friction into the process of forgetting, a most understandable process considering the horrific nature of events here being memorialized. We saw, in the intention of creating a memorial structure and recounting the past events in the spatial narrative of a museum, a basic optimistic attitude we felt compelled to endorse. Engaging in this kind of project means confining the events in question to a definitive past, one that has been overcome and is "remembered" from the vantage point of a new shared situation.

I find the buildings´ beehive-like forms to be quite unusual, from my limited horizon I should add. What was the idea behind the use of that formal element in the design?

There is a tradition belonging to some African communities of burying the remains of important deceased community members inside the trunk of old baobab trees found in the vicinity. Given their imposing presence in the landscape and vital significance (baobab trees provide for humans and animals in many different ways) and the fact that they live for thousands of years, the ritual provides the deceased with a form of "eternal" life. We felt this tradition provided a fitting and unique model for remembering the martyrs of Apartheid, and we designed the memorial to be a 30 meter hight brick hollowed-out tree trunk in the shape of a baobab. In its void the sun projects a circling parade of the ghostly likeness of the martyrs´ faces acid-etched on the glass windows inserted on the walls of the structure.

What material would be used for the facade of the buildings?

The exterior of all the structures in the project is to be finished in handmade brick. We envisioned the same red dirt of Salvokop Hill to be used as the raw material from which the bricks are to be baked, effecting a literal integration of site and building. This would of course require considerable amounts of labor, but given the relatively high rates of unemployment endemic in some neighboring communities and considering the scale of the project, we regarded this as an opportunity to initiate local residents in a new trade an foster an early emotional bond of interdependence between buildings and people.

What solution for the memorial did you propose?

The memorial stands separately at the end of the spiraling path that defines the ascent to the hill and approach to the structures. It is set at the top of the hill as a "lone tree" surrounded by the proposed "Garden of Remembrance" and facing the museum at the other side of the vast "Gathering Space". The museum in turn is configured as four tree trunks fused together, as if four trees growing in close proximity to each other had in time fused into one.

The proposed solution considers the basic quality of memory as a factor of lives spent, as a kind of detritus of the experience of passing time, the dimension of our human awareness. The memorial is built around two different concepts, the first one regarding space and mass, the mysterious aura of presence that characterizes all life and is most moving when conveyed through the expressions of the human face. Here we rely upon the mass of the brick "baobab" and the luminous portraits in constant motion through the space. The second one has to do with time, and relys on the "powering" of the memorial through sunlight and its movement, evoking a new connection to old rituals of cosmic rhythm and, of course, a "materialization" of the passing of time.

You also designed a war memorial in San Jose. What is in your opinion the challenge with designing memorials that relates to conflict?

The Freedom Park project occupies a special place in the body of our work, maybe not so much because of the inherent significance of its proposed content (which it has), but perhaps because it best aligns with the expression of a dimension that is basic to all of our work. This is the aspect that is hardest to capture in words, maybe even it has something to do with the impulse people have to build memorials or, if we can be allowed to go a little bit further, to commission Architecture and expect to get something that transcends simple construction. In the case of memorials or museums, a more secular interpretation of a program fulfilling similar functions, it is easier to find acceptance for the introduction into the project of considerations relating aspects of existence that are perhaps obscure and mysterious to most people in our times and therefore regarded as eccentric and dispensable when discussing most projects.

On the other hand, we do share an ambivalence about memorials, monuments and museums, to the extent that they can be seen as an effort to materialize and fix conditions of privilege and power. In that sense, we have tried to disassociate our work from traditional monumentalizing architectural strategies. Choosing instead to focus on fostering a relationship between the built work and found (natural) processes and presences, and also to define the forms as enmeshed in a process of spacial and temporal development in which we have to invest our bodies to comprehend. Curved interpenetrating forms which cannot be exhausted when perceived from stationary points of view and require constant repositioning in three dimensions. These forms are typically equipped with sweeping ramps that enlist visitors as part of the work itself and transcend perspectival experience stretching perception to incorporate changing sound, touch, and muscular exertion.

How do you, in the design process, deal with and take into consideration the strong emotional forces that I assume must inevitably be a part of these kind of projects?

We can perhaps consider that if well understood, all architectural projects should elicit the same kind of emotional forces you mention in relationship to the particular type of project we are discussing here. Architecture has the ability to convey the immanence of lived experience because it proposes as its subject matter the possibility of alternative modes of inhabiting a hollow object and also because its experience must by necessity unfold in time. It then becomes particularly suited to be considered as a metaphor for memory. It is perhaps difficult to say how to address the emotional component of a work that is supposed to touch peoples lives, and we rely on an intuitive process that unfolds in a dialectic of trial and error until we "know" that what we have is good.

In his work Marcel Proust made a clear distinction between memoire voluntaire and memoire involuntaire, the former responds to intellectual promptings and retains no real trace of the past experience, presenting the past as irreparably beyond the rescuing efforts of the intelligence. The latter discovers the past as "unmistakably present in some material object, though we have no idea which one it is".


Part of the series ''Rethinking the Role of Memorials in Africa''

There are a few, but ambitious, African projects that seem to points out a new role for the memorial in society. We will take a closer look on them in this series. 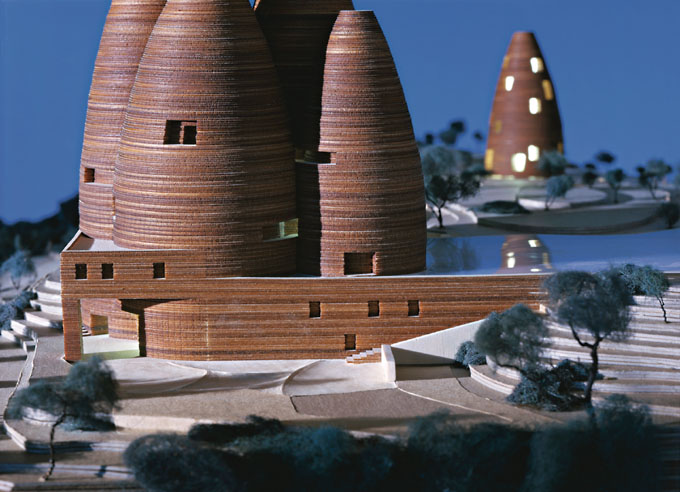 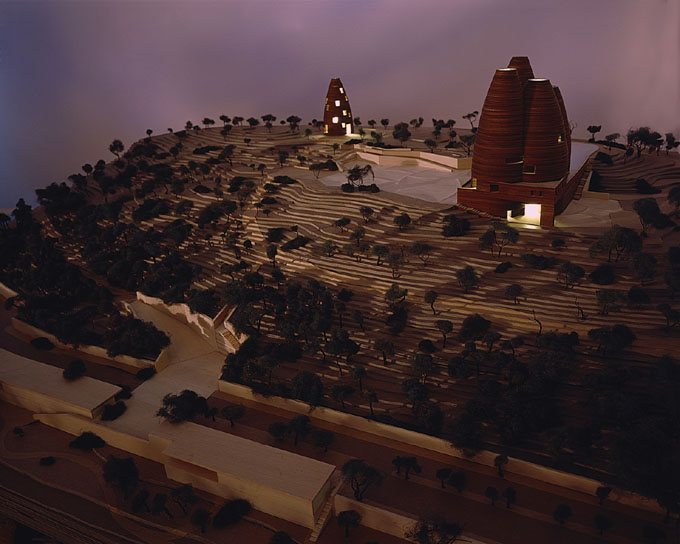 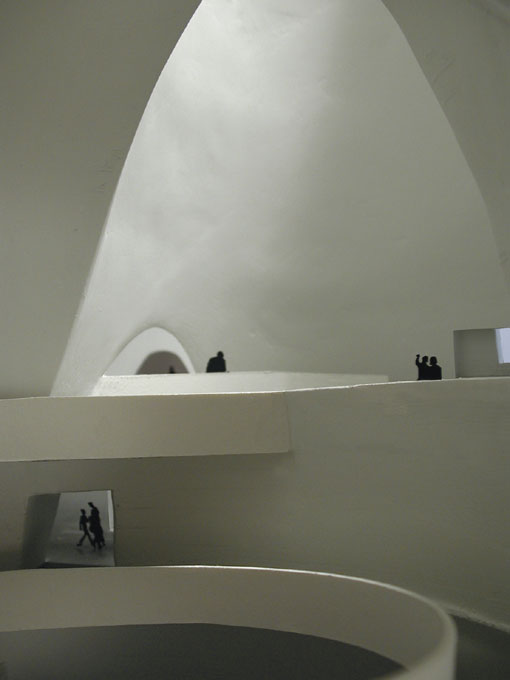 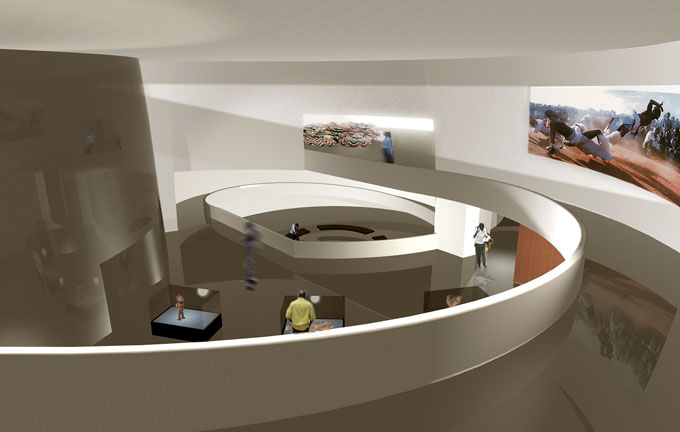 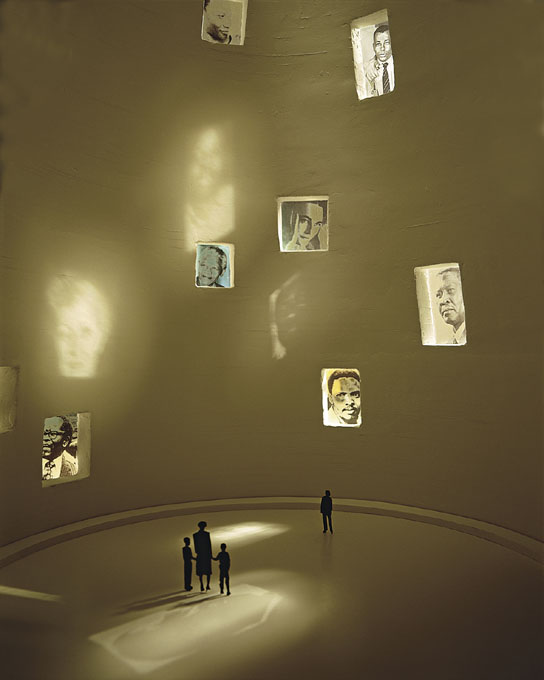 All images are published with kind permission from the copyright holders: OBRA Architects in New York. Click images to enlarge.