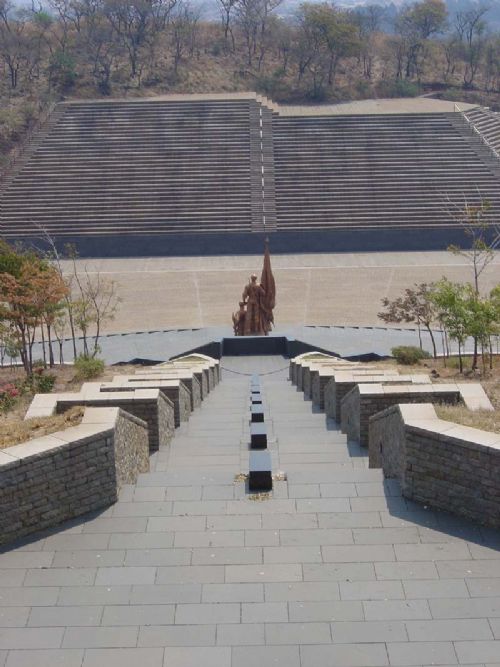 National Heroes Acre or simply Heroes Acre is a burial ground in Harare, Zimbabwe for all Zimbabweans who have been declared a hero by the ruling Zanu (PF) party politburo. This has raised questions on impartiality of the whole process as critics maintain that it should be the national governmnent, rather than a political party, that must accord such status. Indeed, most, if not all, of the recipients of the ´hero status´ were known to be Zanu (PF) sympathisers.

The 57-acre (230,000 m2) site is situated on a ridge seven kilometres from Harare along the main Harare-Bulawayo Road. The shrine is a national monument of Zimbabwe. The work was undertaken by the Government to commemorate those who fell in the struggle for national liberation and the contemporary and future sons and daughters of Zimbabwe whose dedication and commitment to the nation justify their burial at this sacred spot.

The Government of Zimbabwe started work on the Heroes Acre in 1981, one year after Independence in Zimbabwe. The design and artwork used at the site was done by seven artists from the Democratic Peoples Republic of Korea and ten Zimbabwean Artists.

Over 250 local workers were involved in the project at the height of construction. The black granite stone used for the main construction was quarried from Mutoko; a rural area situated about 140km Northeast of Harare. The Heroes Acre is protected under the Natural Resources Act.