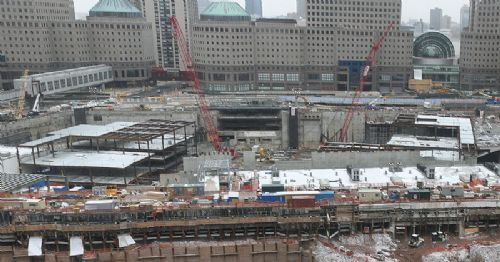 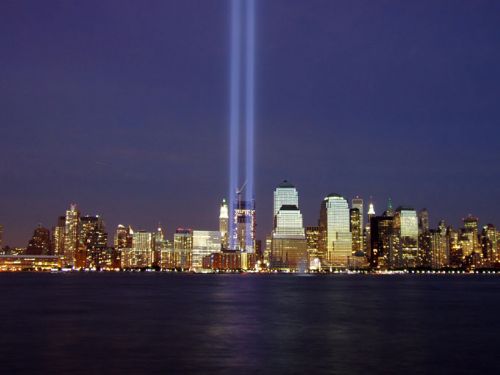 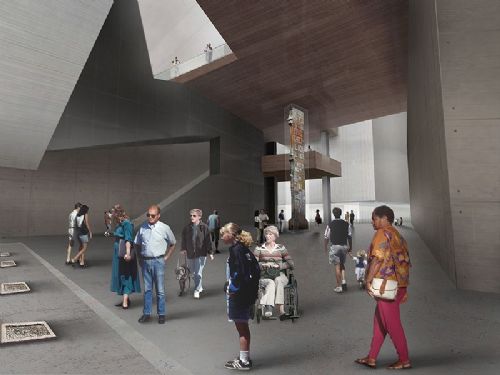 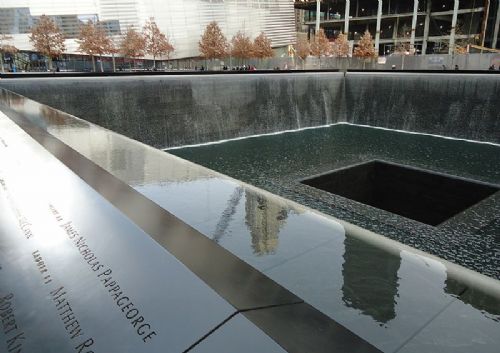 One of the reflecting pools.
License: PD | Source: link | enlarge 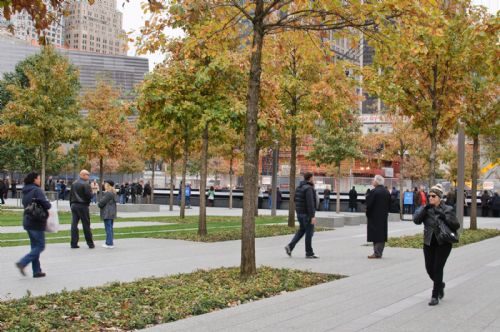 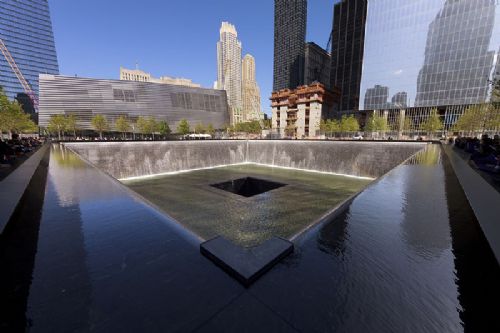 The September 11 terrorist attacks on the World Trade Center´s twin towers in 2001 did not only profoundly shake the US society but also the rest of the world. Over 3000 people lost their lives in the collapsing skyscrapers and numerous virtual memorials was created when the names of the killed was released. One temporary memorial, which is shown in the photo below, was the light sculpture that was created for the 2004 commemorations. The work to rebuild "ground zero" and to create a permanent memorial for the killed started in 2003.

From Wikipedia the free encyclopedia

5,201 teams from the United States and from around the world contributed design proposals. The 5,201 World Trade Center Memorial proposals were authored by people from all walks of life, and reflected a wide range of approaches to the memorial.

On November 19, 2003, the thirteen-member jury selected eight finalists. Michael Arad and Peter Walker´s Reflecting Absence was chosen as the winning design on January 6, 2004. On January 14, 2004, the final design for the World Trade Center site memorial was revealed in a press conference at Federal Hall in New York.

Reflecting Absence is the winning proposal for the World Trade Center site memorial. The original design concept was submitted by Michael Arad, an architect for the Housing Authority of New York City. It was refined with the assistance of Peter Walker, a landscape architect from Berkeley, California, to be better integrated with the master plan for the entire site, and to address criticism of the bleak tone of the original landscaping. Reflecting Absence was announced as the winning design on January 6, 2004.

The primary feature of the design is two recesses, thirty feet in depth, in the precise footprints of the twin towers that were destroyed on September 11, 2001. The walls of the recesses will be sheets of falling water, and visitors will be able to descend to underground walkways that surround the pools of water at the bottom of the recesses, to peer through the sheets of water at the voids where the towers once stood. The names of the victims of 9/11 will be arranged in a random order around the pools. The surrounding plaza will be a verdant landscape.