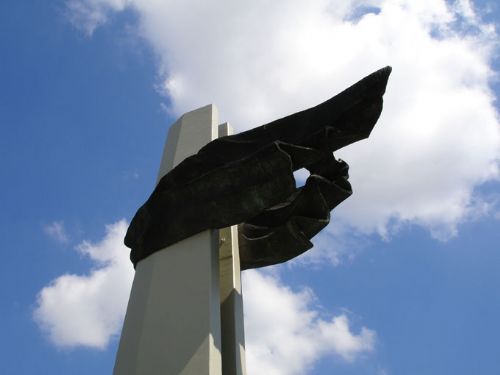 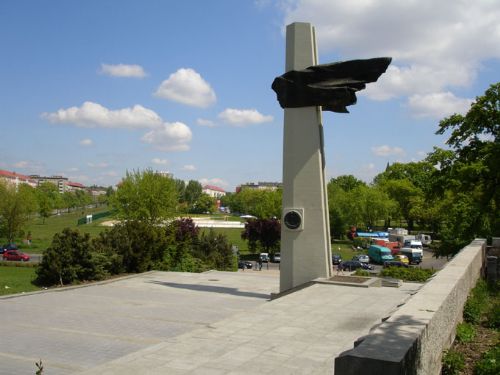 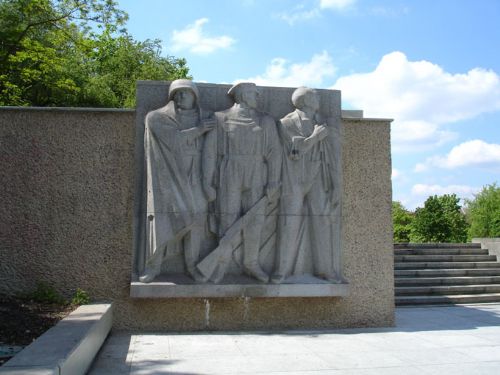 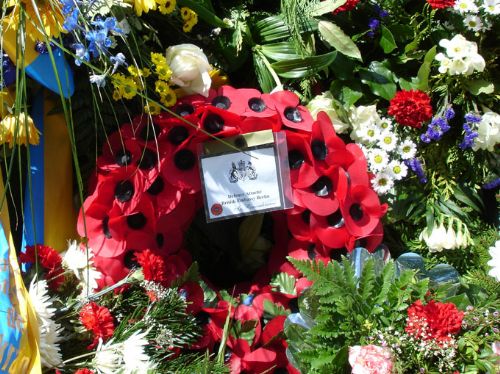 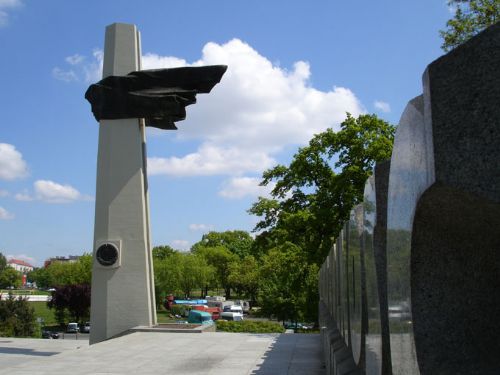 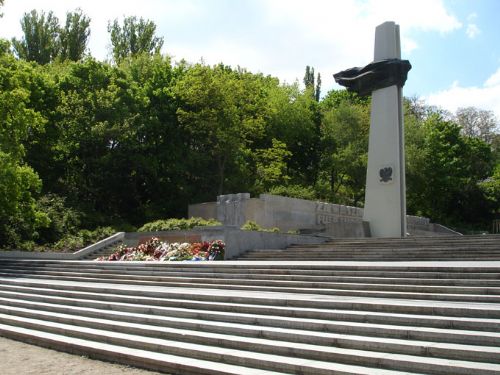 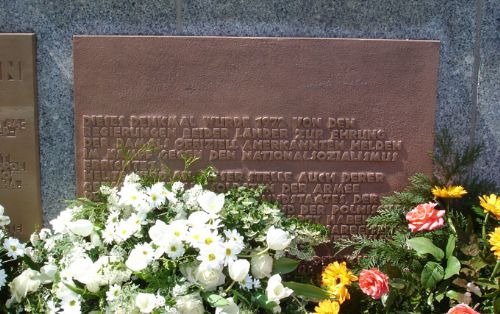 This memorial was dedicated in 1972 to honour the Polish soldiers and German resistance that were killed in World War II. It is located at Virschow Strasse in the Friedrichain Park in former East Berlin. The memorial could be seen as an initiative to strenghten the political ties between the Governments in DDR and neighbouring Poland. The text chiseled out of the granite wall that runs from the central stele reads in Polish and German:

ZA NASZA I WASZA VOLNOSC - FUER EURE UND UNSERE FREIHEIT
(English: FOR YOUR AND OUR FREEDOM)